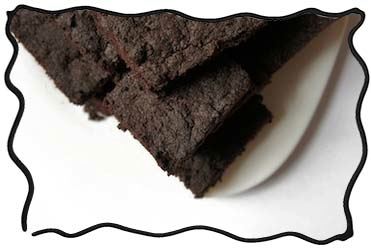 According to the legend the first chocolate brownie was baked in Chicago in the end of the 19th century.

When Bertha Palmer, aged 43, was giving instructions on lunch dessert to the Palmer Hotel restaurant chef, she probably couldn’t imagine what a terrific chocolate temptation she was giving birth too. Actually Bertha has already become a mother twice. She gave birth to her 2 sons in this hotel, her husband’s gift. Now she was making in sensation in bakery, though probably not realizing it yet.

Apart from being a mother Bertha was the President of the Board of Lady Managers, a prominent businesswoman and philanthropist. The lunch she was instructing the chef on was supposed to take place at the World's Columbian Exposition held in Chicago in 1893, a celebration of the discovery of the New World by Columbus.

Bertha was a strong proponent of feminists’ ideas developing at that time. “Even more important than the discovery of Columbus, which we are gathered together to celebrate, is the fact that the general government has just discovered women”, she used to say. She did a lot for women’s achievements to be recognized and noted and ensured a wide presence of women’s works at the Exhibition. For example, one of them was a Woman’s Building designed by America’s first female-degreed architect, Sophia Hayden (Bennett), who was 21 at the time.

Taking care about the ladies’ interests, Mrs. Palmer probably couldn’t bypass their dessert whims. She knew very well what most of the ladies coming to the exhibition would truly favor. Just a small piece of something sweet making you feel good after a great dinner. Since the visitors were supposed to be moving around the exhibition, the “something” had to be small enough, easy to carry and to eat, not dirtying one’s fingers and enjoyable to give that sense of perfect meal.

So Bertha’s idea materialized by virtue of talented chef’s hands in a small square piece of rich chocolate pastry with walnuts and apricot sauce. Invented in 1893 the dessert kept on going till nowadays. Chocolate brownie prepared by original recipe is still served in Palmer House hotel restaurant in Chicago.

Another version of brownies appeared later – blondies. Made by a similar recipe but with no chocolate, only brown sugar, they create a difference to a traditional recipe.

How To Cook Chocolate Brownie?