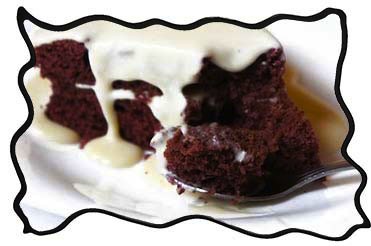 Red Velvet Cake sounds like a noble specialty made for a royal feast. But very little people know where the original recipe came from. Pastry chief Stella Parks has made a research on ancient cookbooks and claims that the cake was first mentioned in Dr. Alvin Wood Chase’s receipt book in 1873. At that time artificial food colorings have not been invented yet and the red color was obtained due to cocoa’s natural pigment, anthocyanin, turning into red in the presence of acids. Those were vinegar or buttermilk usually used in traditional red velvet cake recipes. The color was not so bright as the one from food colorings introduced in 1888 by John J. Adams. Actually red velvet cake helped Adams to sell his red coloring advertising the recipe of the reddest velvet cake ever seen. In times of the Great Depression this marketing strategy turned out to be a real success for Adams. American housewives were glad to find an easy way to illuminate the daily routine.

Another piece of glory for popularizing the flamboyant dessert belongs to Oscar Tschirky, Waldorf Astoria Hotel maître d'hôtel, also known as “Oscar of the Waldorf”. Although Oscar has never been a chef by himself, his popularity in New York in 1890s made him a sublime cook.

Born in in Lode, Canton de Neuchatel, Switzerland, he moved to New York when he was 17 years old and got his first position at the Hoffman House at five o'clock on the day of his arrival in the United States! An epicure at heart and by reputation he was determined to become successful in restaurant and hotel business. By late 90s he was a maitre d'hotel at Waldorf Astoria and gained a strong reputation of an overseer of public comfort. In this capacity he supervised the appetites and gastronomic tastes of the Waldorf's patrons. He knew numerous recipes, however, he never cooked anything by himself. He knew how to look after and to arrange every detail of the most fastidious clients and his expertise in cooking was a valuable part of creating comfort.

The original recipe by Oscar was made with buttercream icing, later Southern variations of the cake were cooked with cream cheese frosting.

How To Cook Red Velvet Cake?